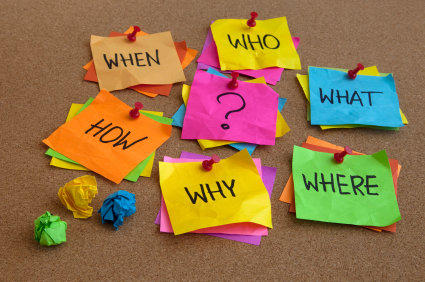 Every Wednesday I’ll be sharing some hints and tips about how to improve your writing. These are basic things I have learned over the years, from writers websites, published authors and constructive feedback from friends, family and online pals.

There is an argument that fiction writing cannot be taught because it comes from talent alone, it is in your nature to be creative. Whilst there is some truth in that, even the most creative person needs to learn how to use their ability and make the best of their craft.

This week: Are you creating characters that are believable? Or are they lumps of soggy cardboard?

This weeks topic is about characters creation. It’s easy to pick a name at random, let’s say Harry, and make him dance to the tune of your plot. He can walk and talk and sing, just like a real life boy, but that doesn’t mean the reader will find Harry a believable character. You can spend countless hours outlining plots, chapters, key scenes and researching background for your story, but I often read stories where the characters have the same personality as a lump of soggy cardboard. There are a handful of things you can do to make your characters more real, likeable, relatable, believable and many other sorts of -able.

Your characters are like puppies – they need you to look after them. You must protect them, mostly from letting your own desires impact on your author’s voice. Ask yourself what Harry looks like? There’s no point using a throw away line about his cute dark curls lifting off his boyish face in the breeze when first describing him, only to mention later on that he has very short blonde hair – oh you forgot?

You can bet the reader won’t.

Don’t rely on your memory. Write it down. Everything and everything about Harry needs to be pinned down.

Hair colour, style, length, what colour did he dye it when he was 17? Facial features – narrow eyes, wide, droopy, green, brown, blind? Does he look like Elmer Fudd or a young Tom Hanks? Is Harry a chubby chap or skinny? What clothes does he wear? Does he have certain tastes – preppy, goth, businesslike, sporty, formal, slouchy, punk, rock, beach…you get the idea.

Does Harry have a strange way of rubbing his eyes when he’s nervous? Does he walk with a limp? Does he laugh a lot or laugh too much? Or maybe Harry is socially inept and laughs at the wrong moment. Perhaps he is shy and awkward but comes alive when talking about his favourite band/singer/artist/game/book/film/beach/car/language. Does he stutter? Is he laid back? Romantic? Angry? On drugs? Kicked drugs but chews gum a lot?

If you know these things about Harry then you can use them to describe him clearly and with consistency.

When was Harry born? In the summer? Maybe Autumn. Maybe October 15th? Was that on a Tuesday? Does it matter? If so write it down. Does Harry come from a happy family? Was his Dad killed in a skiing accident? Did his Mum make award-winning beef stew? Where did Harry go school and was he happy there? Was he bullied or the bullyer? Did he have a girlfriend? Was he gay? Did he go to university? Has he travelled? Does he have a lot of friends? Are they real or online or made up? Does he have any brothers or sisters? If so why does he only keep in touch with Sally and not Simon?

Does Harry want to own his own cocktail bar because of Tom Cruise’s movie Cocktail? Does he want to shift a few pounds before his 40th birthday? Is he struggling to overcome alcohol addiction? Does he want to make it through the next day without Billy Badass stealing his lunch money in the playground? Does he want to teach Billy Badass a lesson? How? When? Where? Does Harry dream of sailing around the world? What would Harry like to eat on Friday night?

This is a good way of connecting with your characters. You can be rigid in your format or as lose as you like. Either think of the answer you want or just write and see what happens, you never know, Harry may have something interesting to say! This doesn’t work for everyone as it may feel like it stunts your creativity but it’s worth a try to see if you can uncover anything new about Harry.

Write an interview sheet out for each of your characters. Pin it to your wall or keep it in a file. That way you can refer back to it.

Does Harry talk with a slow deep drawl? Is he Scottish or American? Or French? Or does he stop. Then start. Then pause and carryonveryfastattheend? It’s worth listening to how people speak, and I mean really listen. It’s hard to do this when you’re talking to someone but when you’re next in a social area, a cafe for example, tune into a conversation and really listen. People don’t talk how you imagine. They interrupt and answer questions with questions. They start a question but then stop to say something completely different. The reason is that we’re chock full of things to say and we sometimes switch from one track to another depending on what our brains are doing.

I’m sure you’ve been in a situation with a friend where you’ve started to say something, then been distracted by a song or advert on the side of a bus, or smell, or overheard someone say something nearby…then suddenly what you were going to say, or started to say has vanished. You switch tracks and talk about what has triggered a memory.

In short – pay attention to real dialogue. It will make your characters more believable.

Harry has a dream or an aim, maybe even a desire, hidden or full on it doesn’t matter. The fact is that Harry must have a goal because that’s what we have. That goal can be anything but also everything. At some point Harry might want a sandwich. He might want to see some bunnies. These are small goals. Just like you might want to pop out for a pub lunch or learn Cantonese. However, Harry has a much bigger goal. He wants to be a race car driver/astronaut/good father/shop owner/survivor/chess player/actor/painter…you get the idea.

But just as real life is never straight forward, Harry won’t have an easy time of it either, if he is to be believable. He must progress through the same stages we all do, things like growth, whether that be personal, business, spiritual, mental and so on. Like you Harry must learn from his mistakes, painful though they may be. By the end of his story Harry must be a changed person, because by the end of our lives, or sagas throughout life, we change too.

If you put Harry through all sorts of adventures, plot twists, personal experiences and revelations and he is still the same old Harry at the end, then you have failed to make him believable and relatable.

Be careful with the name.

Now we’ve given some thought to Harry you should be asking yourself if his name is appropriate for his character profile. Does his name match his personality? There are loads of websites that will give you meanings for names, but beyond that you should think about how a reader will imagine Harry by name alone.

If Harry worked for Old Man Grimes, Mr Grimes, or Grimey as known by those who don’t like him very much, you could think of Mr Grimes as a bit of shit. Sullen, broody, boring, a real miser. Wears green cardigans and swears at the kids who walk on his front lawn. Or take Miss Felicity Proudwell-Havalock – a real prissy upper class English teacher who wears fine clothes and a pearl necklace. She turns her nose up at Harry because his school shoes are always dirty.

With those two examples, written at random, I came up with imaginary, albeit brief, backgrounds for those characters. This kind of thing is based around a readers pre-conceptions. Based on the name alone, you wouldn’t expect Old Man Grimes to be the hero of a story would you? The same as you wouldn’t expect Miss Prissy Pants Felicity Proudwell-Havalock to be a trashy hooker who hangs around in bars.

If you look at the following names, how many characters can you picture in an instant?

Those are just random names, written without thinking by the way. But from that list I thought about the following: Desperate Dan. Robin Hood. Roger the Rabbit. Roger Ramjet ( I think that was a cartoon years ago.) Gimli the Dwarf. James Bond. James and the Giant Peach. Harry Potter. Marvin the Martian. Marvin the Paranoid Android.

How many did you automatically relate to other characters or real life people? Naturally there has to be a first time for such characters to become well-known figures, such as James Bond. And even Old Man Grimes could be a hero if you want!

Remember, take time to get to know your characters because it will show in your writing if you haven’t.

Do you have any character building advice or tips?

If you have any writing tips and advice and feel like sharing, pop me an email or rant in the box below!

10 thoughts on “Writing Tips Wednesday – Are your characters believable?”