This year good ole Blighty was blessed with a hot summer that eased gracefully into autumn. Leaves transformed into a kaleidoscope of lush golds and vivid reds. The aroma of fireworks and frosty mornings carried on the crisp breeze. Sounds delightful doesn’t it?

The changing season ushers in an atmosphere of anticipation of what winter may bring us – fireworks, beautiful frosty mornings, Santa Claus and his red-nosed pal, snow men, snow days, snow angels and every other good memory we associate with frozen water crystals.

I expect readers of this post will be split into three categories: 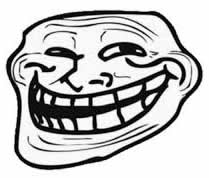 Yeah! Snoooooooow! Bring it on! I love winter. It’s so magical and fluffy and cleansing after a hot summer. It’s all about mother nature taking a chill pill and relaxing until she returns next spring to bless us with green leafy goodness.

I can’t wait to build a snowman and go sledding and decorate the Crimble tree and sit in front of a roaring fire with a hot drink as I watch the snow fall in lovely thick chunks outside my wonderfully romantic log cabin winter retreat!

Jack Frost can stick all that cold business up his butt!  Give me the hot skin melting summer sun any day. If cleansing means shivering every day then I’d rather move to Barbados. I don’t like scraping sticky ice from my car every morning.

I never find it amusing to slip on invisible patches of evil ice, or seeing what the weather man calls “a good covering of snow by morning” but really equates to a couple of inches of slushy wet crap that turns to grey sludge in a day. Winter? Hah! Do. Not. Want.

These people don’t please me. Align yourself to a seasonal faction and stop sitting on the fence for the sake of butting the trend because you think it’s smart. No one’s impressed with your “I like all seasons equally” bullshit.

Comments like that grind my gears. You know who you are. After you’ve made your smug none committal comment and sauntered away, those left behind WILL talk about you. And not in a good way. Think on.

So, Dave, you’re not a fan of winter then?

No. Not really. Although it goes against an earlier post, Dear Summer…I love you! where I listed positive aspects of winter, it’s not the actual winter season I dislike, but the people who inhabit that season.

In the last week or so there’s been a very obvious drop in the temperature and a couple of icy mornings. Scraping ice off my car isn’t fun. You’d think that once the heater has roasted my hands and face until they begin to blister, I’d be all smiles and laughter. But the intense sauna like heat only serves to remind me that when I get to work I’ll have to get out of the car and shiver all over again.

So no, I’m not a fan of winter right now.

But I can endure all the cold stuff if it wasn’t for the Angry Winter Faction.

At the merest hint of over night frost these idiots have their Anti Winter Software switched on. People start talking about the long dark winter like it’s some apocalyptic event no one can escape.

“We’re in for a hard winter this year, mark my word on it.”

Um, no thanks strange elderly idiot in the supermarket queue, I’ll not be marking your word on anything.

Especially as you’ve said the same thing to the meek grey haired lady on the cancer stick counter and the pale-faced lad unpacking bananas in the Fruit N Veg aisle (who also doesn’t give a shit). Not to mention how you’ve made the exact same statement to the thick coated quirky looking woman shaking a charity box in everyone’s face outside the store.

That’s not an isolated incident. Today alone I’ve been fed the same clichéd line and over heard someone feeding it to someone else, whether they’re hungry for a verbal wintry doomsday snack or not.

It’s their conviction that annoys me – that absolute certainty they’re right and everyone within ear shot should heed their warning, grab as much food and water as they can, rush home, barricade themselves inside and prepare to endure the sixty feet of snow that’s about to fall, heralding the start of a ten-year winter.

I’ve heard some weird ones recently, none of which make much sense.

Two women in front of me at the queue for the ATM:

Slightly younger, but still old woman. “Well everyone knows that.”

They do? Oh, that’s one of those old farmer’s tales from 1756 when people were still basically trolls living in caves.

Older woman. “Kids today lark about in the snow like they don’t know what.”

Young old woman. “Not a care in the world.” Said like it’s a very bad thing.

Older woman. “Not got the sense God gave em.”

Man with gloves and very big scarf. “Probably next week with our luck.”

Man with hat, now stamping his feet. “Way things are going we’ll be having winter till June.”

What are they talking about??

I can’t figure if they’re serious or just giving their tongues a work out. These people don’t appear to have any brains whatsoever. They hear (and misinterpret) a raft of news reports, conversations and random snippets of information, then spend the rest of their lives worrying about nothing.

I thought it was relatively mild today and he was dressed ready to lead an expedition to unknown snow drenched lands beyond the Wall. Winter is coming but not in that sense.

I know what you’re thinking, dear blog reader, that I’m being ageist and ranting about the sweet ramblings of old folk when I should respect the older generation.

Man with gloves and very big scarf was probably in his mid forties. Man with hat was a trifle older.

Granted the two old dears in the ATM queue were knocking seventy or eighty, and given their tenuous grasp of the world I can forgive them for clinging to old-fashioned sayings. It’s sweet.

However, in a book shop a couple of weeks ago, I listened to two skanky looking women in their late twenties talk about the winter.

Woman with too much make up. “Snow’s coming from Siberia this year.”

Woman with push chair and screaming baby. “Wouldn’t surprise me. Always comes when you least expect it.”

So she’s not surprised despite it coming when she least expects it?

Woman with too much make up, picking up Katy Price book, Love, Lipstick & Lies. “We’re in for it. Schools will be shut all over winter.”

Woman with push chair and screaming baby, ignoring hell spawn. “We should all move to Spain.”

Woman with too much make up, laughs. “Heard there’s no internet out there.”

Woman with push chair and screaming baby. “Better than being stuck here with all this snow.”

I glance outside at the sunny day and lack of snow.

Woman with too much make up, scratching her head (fleas I assume). “Heard thousands of old folks froze to death in their own homes last year.”

Really? Thousands of old people froze? I can’t believe I didn’t say anything.

Woman with push chair and screaming baby. “I blame the government. Always lying about something.”

At that point I left the shop.

I love people watching but I when my moron meter hits maximum I have to abandon the game. These people are angry about winter for no reason. They’ve latched on to some weird shared hysteria and assume it’s perfectly fine to ramble on with no clue as to how insanely stupid they sound.

It’s like they’re connected to the global Moron Wi-Fi. Yes it exists. It must because it’s the only theory I have on how idiots are able to discuss hideously dumbed down versions of current events, or any event for that matter that doesn’t involve day time TV topics or pointless celebrity magazines.

It’s not winter that makes me angry, but Angry Winter Faction morons.

“We’re in for a hard winter this year, mark my word on it.” 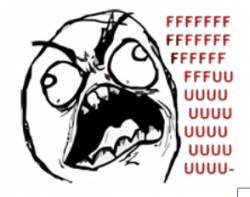 When supermarket winter doomsday guy said this I stepped into that weird void of indecision. Should I nod, smile and say something like:

Or should I speak my mind:

“Whatever old man, keep your irrelevant opinions to yourself because they mean dick all to the rest of the world.”

Instead I opt for the “pretend he’s talking to someone else” attitude and check my phone for messages.

Every year The Angry Winter Faction chant their inane dribble. They’re similar to zombies in that respect. Both have few functioning brain cells. Both infect others around them, feeding on normal people, or Normies if you like. Both have little purpose or usefulness.

Problem is that you can kill a zombie. You can’t kill a member of the AWF.

And if you tried they’d likely get up and continue to bang on about how bad the winter will be, despite the big knife wedged in their skull.

When the zombie apocalypse does happen I wouldn’t be surprised if the undead join forces with the AWF to create a new species of human, the AWFLZ – Angry Winter Faction League of Zombies.

And when that day comes, dear blog reader, come and find me.

I’ll be the guy with a massive grin on his face.

The hardest part of the AWFLZ apocalypse will be pretending I’m not excited.

AAAAH image by samsusmmx on deviantArt