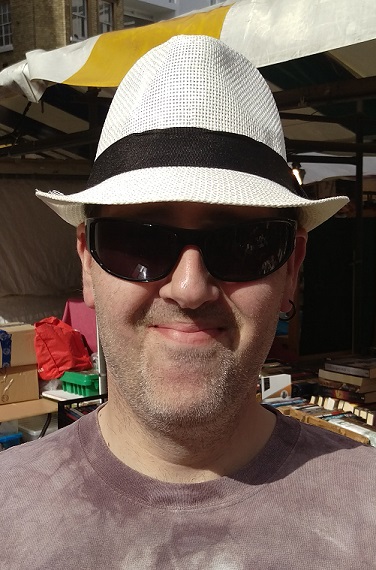 Today I turned 40, which is no bad thing if you consider what my life was like at 20, which we’ll get to in a bit. Before you start reading, take a look at the photo above. You’ll find out why shortly. Nice hat though, right? Found that jaunty little head-piece on Cambridge market today.

I was planning to visit the London Science Museum today but a grotty head cold placed that pan of sciency soup goodness on the back burner until next weekend. Instead we took a stroll around Cambridge and drank in the eclectic cosmopolitan atmosphere in glorious May sunshine.

I had thought of making some kind of list, a 40 Something Something type of deal, but after mulling it over I figured that was a tad clichéd so I’ve decided to go with a comparison between me at 20 and now at 40.

I could wax lyrical about how I don’t feel any different now than any other birthday, but that would be bullshit. Okay, sure, I’m a year older, and you could say I’m half way through my life (if I make it to 80 that is) but that’s somewhat negative. It’s hard to imagine I might only have 40 summers left!

It could be argued that middle age of 40 (viewed by those in their 80’s) or old age (to those in their teens) is the part of life where Old Man Age starts knocking on the door to hand out wrinkles and grey hairs. Personally I think I look pretty good, and perhaps a little younger if I shaved the grey stubble off my face once in a while. I hate shaving so that won’t happen any time soon.

I do feel different. I’m better. 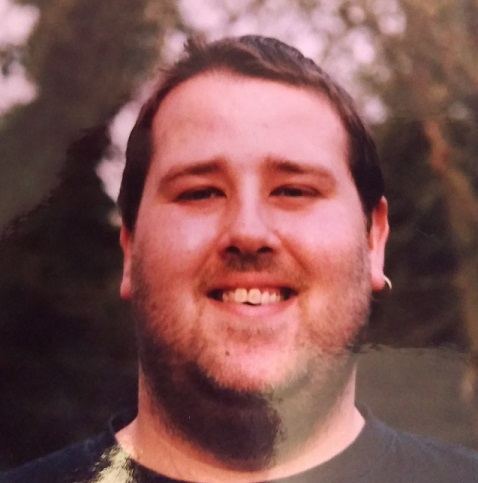 Yeah. That was me. Head like an inflatable ball. If I was any fatter I’d be blind due to my eyelids and cheeks trying to merge together. That’s one yucky photo. Feel free to scroll up and check the difference.

But it’s not just physical differences that have changed.

Let’s do a comparison.

At 20 I was an idiot. A complete waste of space. I was unemployed for long stretches. I treated my body like shit. I had no clue what I wanted to do with my life (to some degree I still don’t) other than writing. It’s taken 20 years to learn that craft and I’m still learning now.

Between 18 and around 24 my weight ballooned to over 26 stone, that’s 364lbs, which is just insane. And it stayed that way until a few years ago when all of a sudden it just dropped off fast, really fast. I had a nasty hernia caused from being a huge fat turd, and being a moron it didn’t stop me shovelling crap in my mouth and not exercising.

There was no direction in life. I drifted and did nothing, or as close to nothing as possible. I sucked at managing money, being sociable, keeping a job or even finding one. In an alternate sc-fi-esque reality I would have been euthanized for being a drain on society.

If I had a time machine and went back to my 20 year-old self, I’d look me up and down, shake my head in pity and check the following off a list:

I can recognise now why I was like that. Weight played a big part in my lack of self-confidence. I was very aware of people looking at me and judging everything I did. I was never sure if I was doing or saying the right thing and more often than not I’d keep my mouth shut in case I was ridiculed, and then abused for being a tubby lard butt.

Memories of people laughing at me for my size and shape are still there, not that I care these days, but that sort of thing caused a blight of introvertism at 20, made me shun what I could have been. Life sure is cruel, but only after you’ve walked a dark path can you can enjoy that which is filled with illumination and happiness.

I’m glad to say I’m no longer an idiot. I’ve shed 11 stone in weight, 154lbs, and though there’s a little to go, damn, do I feel good! There’s the hip issue that I’ve blogged about before, What A Pain In The Hip, and though it still hurts like a bitch now and then it’s much better these days.

I’ve gained plenty of confidence, and that isn’t only due to weight loss. I believe that has also come from life experience. I’m more pragmatic in my thinking, and though I’ve always been laid back I now lean toward thinking way before acting.

I have a good day job, one that I truly love and take great pride and satisfaction in. That alone is a blessing and often on the drive home after a long day I wonder how many people are doing the same thing, but are also very happy with their day’s work.

I know where I’m going. I have purpose. I have an aim to reach for. My day job boils down to a simple sign.

I think on Monday I’ll print one of those out and put it on my desk at work.

Just a reminder that even when things get busy and the to-do list seems never-ending, I do indeed love every minute.

In November last year I published my first novel on Amazon called The Range – give this a click to take a look – which I had worked on for way too long, and am now working on the second in the trilogy called The Holt. That’s taking longer than I planned due to my day job, but hey, I’m really enjoying writing it when I can! My previous estimate of finishing in May 2015 has been binned in favour of November time, maybe. Fingers crossed.

Health – I’m no longer a fatty, though admittedly there’s still a bit to shift before I’m where I want to be.

Wealth – meh, not wealthy by any stretch, but I’m not in debt, so all smiles there.

Happiness – plenty of that, thanks. Hips aside, I smile a lot. I laugh and enjoy every moment.

Personality – I believe I still have the same ideals, only now I favour pragmatism, empathy, charity, reflection and positivity over inner rage, anger, self-confidence and self-loathing.

You must have heard some say that your age is just a number. Yeah, it is sort of, as the mind doesn’t seem to age as fast as they body. In truth I’ve not given the actual reaching of 40 years of age much thought. It’s not a big deal to me.

Some folk worry and stress out about this number. They make bucket lists and complain or moan. Not me. So what if I get grey hair? It’s just hair. Wrinkles, meh. It’s skin. It will get wrinkly. Failing eye sight? Yeah, already wearing glasses at times, no big deal.

Life isn’t too bad at all. I have my health, a good job and I’m happy.

Rather than run through a deep and thoughtful summary, I’ll leave you with some nice photos because life is indeed rich with colour in all aspects.

That is a dish of Spicy Squid Tempura I enjoyed today at YO! Sushi in Cambridge, along with extremely tasty Japanese Seabass.

Here’s a lovely photo of the punts on the River Cam, always a good spectator sport.

And finally, a funny pub sign in Cambridge that agrees with my sense of humour!