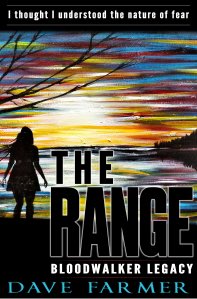 Sarah Potter from SarahPotterWrites has kindly tagged me in a most interesting feature, called the 777 Challenge.

I’m honoured by the tag, and I thank her for the thought. It’s spooky timing as I’m preparing to release my novel on Friday 28th November, on Amazon. Exciting and scary times!

Since I announced the launch date I’ve avoided thinking about it too much. It’s a bit like looking at the sun, you know it’s there but it hurts your eyes to stare directly at it.

My day job hasn’t helped either, long hours leaves me with little enthusiasm for staring at a screen when I get home. But perhaps that’s a good thing. It’s kept me from fretting over last minute details and whether I should give the novel another last minute edit.

But no, I’ve kept that under control by not opening the Word doc until today for the challenge. And now it’s open I want to… No….I must resist the urge to edit…tweak…mess…fiddle… Quick now, copy lines and close the doc…phew!

The 777 challenge requires you go to Page 7 of your work-in-progress, scroll down to Line 7 and share the next 7 lines in a blog post. Once you have done this, you can tag 7 other bloggers to do the same with their work-in-progress. This is all a bit of fun: nobody must feel beholden to take part and they are free to bend the rules if they wish.

So, scrolling through to page 7, line 7 and reading the next 7 lines, I have this weird feeling. Well, a combination of feelings. The Range seems more real now, almost as if it’s been written by someone else and I’m just browsing through it.

Part of me feels a glow of pride at having written the story, edited the hell out of it, and arrived at a point where I’m confident it’s ready to go. Another part worries that something somewhere doesn’t work, like there’s a huge error waiting for a reader to point it out in a booming voice.

I was recently asked if I’d felt a big sense of accomplishment when I finished writing it.

Sadly no. There was no “The End” accompanied by a satisfied smile and a celebratory drink. Once or twice, after edits, I felt a slither of happiness about the changes I’d made – tweaks to plot, character changes, additional scenes and so on.

But there never a sense of:

Cue a still shot of me silhouetted against the screen, arms raised, fists pumping the air.

Instead of that type of closure, that final boost of completeness, I have a brooding sense that the rush of achievement will come on the launch day itself.

Strange how the brain works, isn’t it?

This is from Chapter 3 – Downfall.

I laughed. ‘I’m okay thanks, Gran. We’ve got plenty of food. Just wanted to make sure you weren’t running out of things. I can order some grocery online if you’re short.’

‘I take myself to the corner shop on a Tuesday and Thursday,’ Gran said. ‘Bit of fresh air does me the world of good. You remember that when you’re indoors staring at the telly all day.’

‘Have you been watching the news?’

I didn’t want to alarm her by pointing out the horror stories. She wasn’t stupid and I figured she knew why I was asking.

I am tempted to add more than the copied 7 lines from the Word doc.

Instead I’ll leave you hanging, dear blog reader, hopefully in anticipation for the launch on the 28th.

As for tags, I’d like to challenge Andrew J Morgan because his New Dawn series is gripping stuff, and I’d like to know if he has anything new in the pipeline he’d like to share.

That’s it for me, for now anyway, as I still have to write the blurb for The Range, which I’m finding very tough at the moment. I find it hilarious how I can crank out the words when writing but when it comes to constructing a few lines of blurb for the launch, those pesky words don’t want to play nice.

It’ll come. As it always does.

4 thoughts on “777 Challenge: An excerpt from The Range”