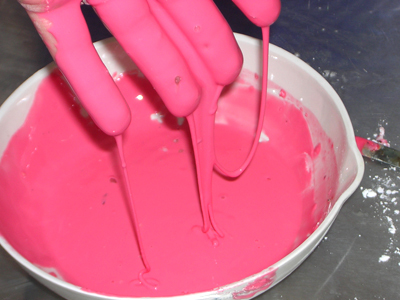 Whether you’re a seasoned writer or a NoWriMo virgin, sooner or later you’ll probably reach a point I call The Lifeless River Bed of Despondency and Meh. This is where the initial adrenaline rush has driven your Storymobile across the rich and vivid fictional landscape only to find it splutter and grind to a halt. Why does this happen?

There are many reasons, for example:

It’s at this point you’re likely to panic.

But that’s the worst thing to do.

Don’t sit there revving the engine, worrying about the little things like editing because it’ll lead you backwards. “Hmm, if I just tweak this bit here…and change that chapter…and maybe add another character in that awful scene…yeah, maybe I can avoid The Lifeless River Bed of Despondency and Meh.”

No! When you’re rushing through November’s NaNo event, editing is a bad way to revive your floundering Storymobile. There’s no going back, not until you cross that finish line and sup from the Hero’s Cup of NaNo 50K Goodness. After you can edit until your fingers fall off!

Going back is bad. Gotcha. But how do I haul my Storymobile out of the drudge?

That’s easy, dear blog reader, you embrace the Icky Sticky! This is where you create an unexpected event, scene, situation or plot shift that will kick-start your story and send it cavorting along at a brisk pace. You may find that when the story is finished (remember that 50K chequered flag) and you’re in editing mode, that bit of Icky Sticky can be changed or removed in favour of something more fitting with the story.

The Icky Sticky is so named because it’s like a big wet slap of unexpected goop that changes and challenges your train of thought. Put the Icky Sticky into the real world – a nasty glob of gum stuck to your shoe or clothes can help/hinder an otherwise uneventful mood/moment. Walk bare footed across a lovely beach and suddenly your toes sink into something kinda gross – dog poop, melted ice-cream, a squishy bit of sandwich, a jelly fish, you get the idea.

How do I transplant a real world Icky Sticky into a fictional setting?

It could be as simple as using a real world situation like gum on your characters shoe. Think of your train of thought when it happens to you. Whatever you were thinking about at the time vanishes because you’re forcedto deal with someone’s mess. “Eew, gross, what evil shit left their gum on the seat? Great, now I’ve got to find something to scrape it off with…awww Jesus, now it’s all over my fingers.”

So when your character is stuck in the middle of The Lifeless River Bed of Despondency and Meh, give them a bit of gum to deal with. If that sounds a bit bland, worry not, there’s plenty more Icky Sticky to embrace that doesn’t include gum, or dog poop.

When you’re chewing on life’s gristle, don’t grumble give a whistle, this will help things turn out for the best.

Introducing a bit of sexy fun happy time can help your characters or story move in a different direction. This doesn’t have to be a full on rush of explicit porn-o-rama (unless you’re so inclined!) but by giving your characters something unexpected to do is a way to change the pace of the story. Characters get the horn too you know, and just as real life post sexy time glow can change your state of mind or emotional slant, think of how your characters would behave in the same situation.

In the movie Mr & Mrs Smith, Brad Pitt and Angelina Jolie’s characters get it on after a bout of violence where they destroy half their home. In the aftermath they realise they have a problem – they love each other but can’t be together. If that sexy time hadn’t happened they would likely have continued fighting until one of them was dead. The Icky Sticky (sexy time) was used to change the flow of the plot: Sham marriage > enemies at war > sexy time > bonding > them against their assassins.

This doesn’t just mean a bomb going boom. It could be a sudden argument or fight that flared up out of nowhere. People react to intense or unfamiliar situations in strange ways. Maybe your characters are very different and when they run into the The Lifeless River Bed of Despondency and Meh they find they can no longer contain their anger. Or perhaps a moment of reflection prompts them to ask questions they wouldn’t have thought to ask before.

Taking the bomb theme literally can inject sudden adrenaline into the story:

And think about an argument bomb:

Where does it happen? Broken elevator – claustrophobic. Middle of a restaurant – public, shameful. In a car – dangerous driving, car chase. Isolated spot such as a desert – argument must be resolved despite the dire need to concentrate on survival. Think of all the places where you’ve had an argument, they don’t always happen in the comfort of your living room.

Adding a new character, even for one scene, can help change the direction of a story. The Icky Sticky here is how that new character impacts on the current situation and how it drives the story in a new direction or pours fuel over the flames to get the story fired up.

What would happen if one of your characters suddenly died? Personally I love it when an author kills off a character I’ve been rooting for. It makes me sit up and think: “Hey, what the frack? But I thought they were the hero, what’s going to happen next?” Sometimes you can see it coming so it’s no surprise, and maybe you can tweak the story later to show this if you want, otherwise a sudden death can help you rethink the motives of your surviving characters.

The old saying of “write what you know” isn’t all that helpful since I’m pretty sure George Lucas didn’t spend a summer hanging out with Luke and Chewie. However, there is some truth in it as you can draw on your experiences like death, and use the memory of feelings, emotions, mental states etc to aid how your character might cope in this event.

In the Goonies movie the sudden discovery of a treasure map sends the group of boys on an adventure to find One-Eyed Willy’s treasure. It would have been a dull movie if that hadn’t happened! The Icky Sticky here is the discovery of something unexpected. Whether that changes the direction of the story or not, it allows you to create a set of events to drag your characters out of The Lifeless River Bed of Despondency and Meh.

So, after all that is the river bed still a problem? Okay dear writer, wipe the worry from your face and get your writing tackle around some of these scene/plot/story changers:

# 1. In the silence they stared at the gun. Cassie knew Joe would make a grab for it before she did. Could she bring herself to use it on him? Would he after all they’d been through together? She hesitated. Joe pushed her aside, lunged for the weapon and pulled the trigger. It clicked. Cassie ran for the door.

# 2. When the building in front of their car erupted in a violent ball of flame, Marcus and Wendy were considering their next move. Should they turn themselves in or make a run for the border?

# 3. Why was he staring at her like that? What if he touches her finger again? The first time might have been an accident, but twice in less than a minute? He’s cute, in a brutish kind of way, and the way he smiles… No. It’s wrong. They had to figure this thing out before someone gets hurt. There it is again. This time the touch sent shivers up her arms. Were they really going to do this?

# 4. He’d looked in that shoe box a hundred times and never taken any notice of the map tucked against the side.

# 5. Greg glared at his beautiful wife with his fists clenched beneath the table. Why did she have to bring that up again? Weren’t they over that shit by now? Why did that idiot waiter ask so many questions? Fine. If she wants to go there, let’s go there. Right here. In the restaurant.

Icky Sticky can be as random as you like!

You may have been floundering with a scene like Cassie and Joe. Not sure where to go next, or how to get to a place you have mapped in your noggin. Maybe Cassie had opened a birthday present from a distant relative. Maybe they’d just moved into a new house and found the gun in the loft. It’s about using the Icky Sticky as a B in the move from A to C.

NaNoWriMo is about getting the good stuff out of your brain, get it down, on paper, on the screen, written, done. If you need to throw the Icky Sticky about to get there, so what? You can edit it to your heart’s content later on.

Life is full of random moments so why shouldn’t your fictional landscape be the same? Just remember that when (or if ) you run into the The Lifeless River Bed of Despondency and Meh, don’t panic. Whip up a batch of Icky Sticky, pull back, and hurl that stuff into the story and see what sticks!

Do you have any tips on how to embrace the Icky Sticky?